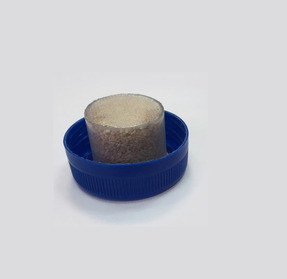 Just like after the Chernobyl disaster, after the accident at the Fukushima nuclear power plant (Japan) the issue of rapid assessment of radionuclides in foodstuffs and liquids consumed by people in contaminated areas has again risen to the top of the agenda. The specific activity of radionuclides in drinking water and natural water bodies after radiation accidents can reach dangerous levels for the human body and exceed the damage from external exposure.

To date, a lot of methods have been developed for rapid analysis of 137Cs in drinking water. These methods are based on cesium sorption from a water sample followed by cesium extraction or direct measurement of saturated sorbent with a gamma spectrometer or beta radiometer.

One of the main disadvantages of such methods is the need to use sophisticated spectrometry equipment, which makes it impossible for the general public to use it in order to make a rough assessment of whether drinking water is fit for purpose.

In 2015, EKSORB developed and patented a device called Sorben-Tec for quick testing of drinking water or other liquids for cesium radionuclides at home.

Sorben-Tec is a combination of a plastic lid 50 mm in diameter for a standard 5-liter plastic bottle and a filtering head with 20 mL of EKSORB sorbent, which is attached to the lid. The lid has several openings in it. The appearance of Sorben-Tec is shown in the picture below. 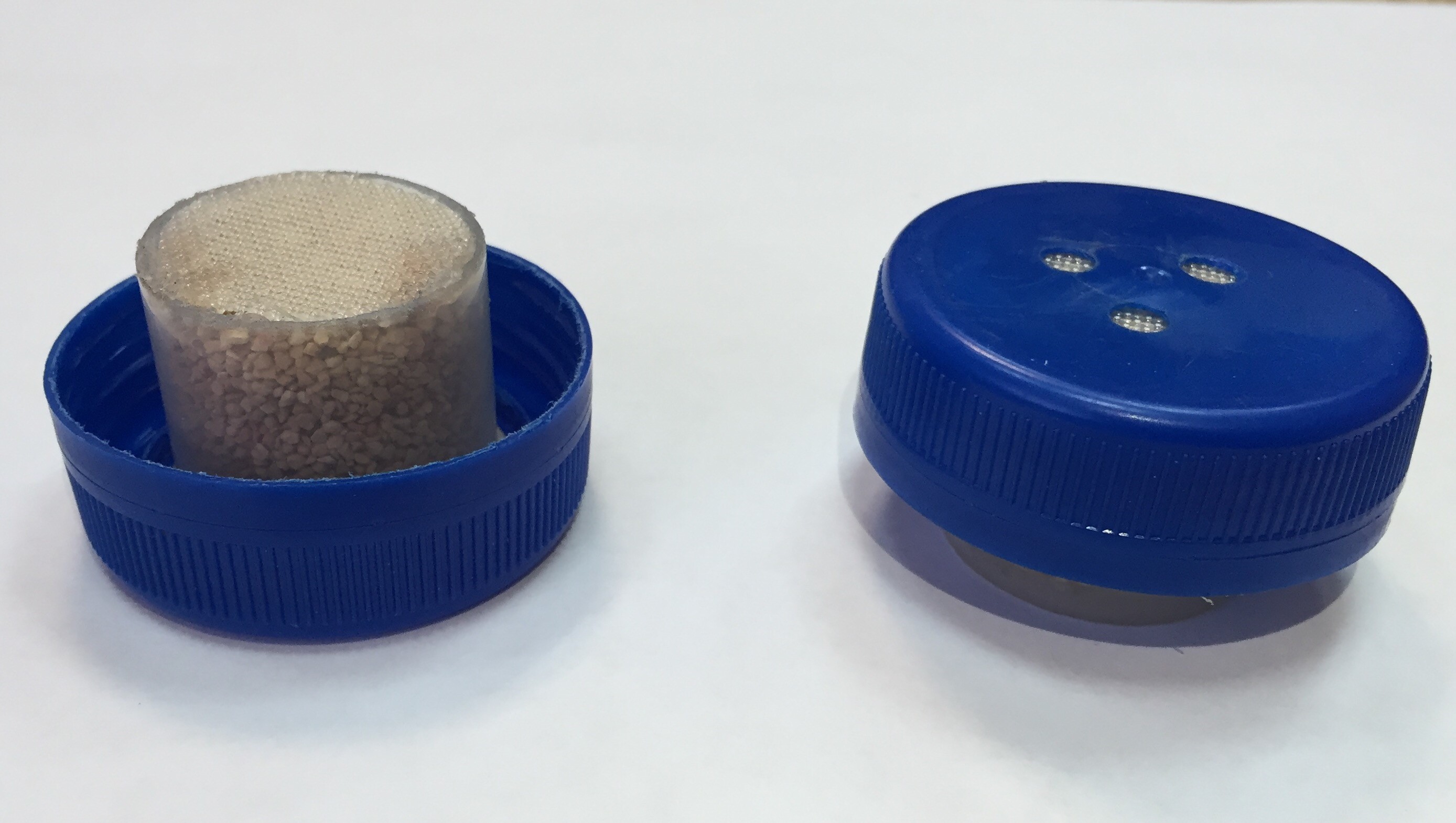 The analysis is performed as follows: the bottle filled with water is turned upside down and the water is filtered through the device by gravity. While water is being filtered, 137Cs radionuclides are absorbed mostly in the sorbent layer adjacent to the screen. Therefore, if Sorben-Tec is positioned on a meter (radiometer or dosimeter) with the screen down, radiation recording can be very effective.  The advantage of the device is that there is no need to prepare a counting sample.

The diagram for quick water testing with Sorben-Tec is shown in the figure. 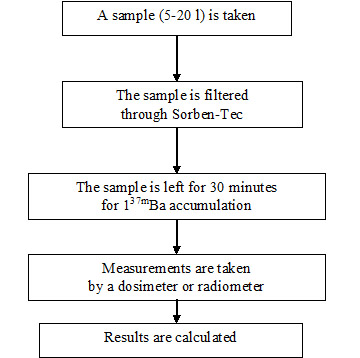 Time required for filtering a 5-liter sample through Sorben-Tec is approximately 30-40 minutes; the degree of sorption is 97-99%. After filtration is complete, leave the device for half an hour for accumulation of 137mBa daughter radionuclides.

Dose rate or beta counting rate measurements using portable dosimeters and radiometers allow for the determination of activity in the initial liquid by known calibration curves.

The studies show that when a 20-liter sample is analyzed, that is, water from a 5-liter bottle is filtered in four cycles through the same device, the minimum detectable activity is 12.3 and 2.0 Bq/L for dosimetric and beta-radiometric measurements, respectively.

You will find a more detailed description of the system in the article "The Sorben-Tec system for rapid dosimetric evaluation of 137Cs in drinking water" published in the Journal of Radioanalytical and Nuclear Chemistry.